The Structure of OLED Device 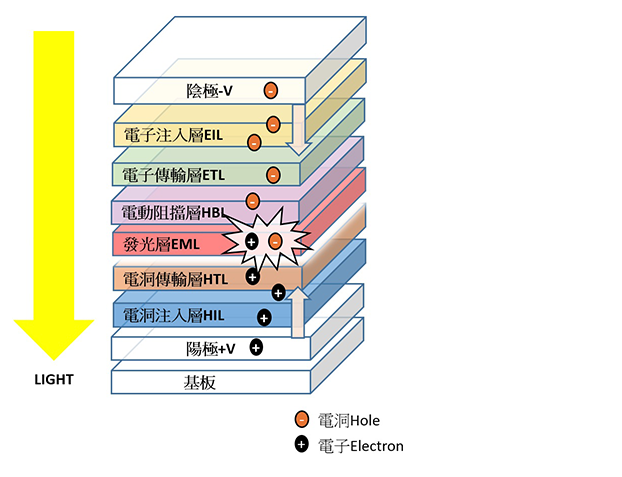 ●Substrate: Foundation of the OLED can be plastic, glass, or metal foil

●Anode: A transparent or opaque conductive layer which can generate holes and inject holes into the organic layers.

●Hole Injection Layer (HIL) – HIL is deposited on top of the anode, and this layer receives holes from the anode and injects into next layer.

●Hole Transport Layer (HTL) – HTL is deposited on the HIL, and this layer receives holes from HIL and injects holes into the emissive layer.

●Emissive Layer – Usually composed of a host material and a geust material , accepting holes from the hole transport layer and electrons from the electron transport layer. Electrons and holes recombining in the Emissive layer to form excitons, and excitons generate energy. Finally, the energy is released via emissiving light. The color of the light depends on the energy gap of the guest material.

●Hole blocking layer (HBL): Commonly used to block the holes from the anode, so that the holes are confined within the emissive layer

●Electron Injection Layer (EIL) –This layer receives electron from the canode and injects electron into the ETL.

●Cathode: A transparent or opaque conductive layer generate electrons and inject electron into the organic layers. 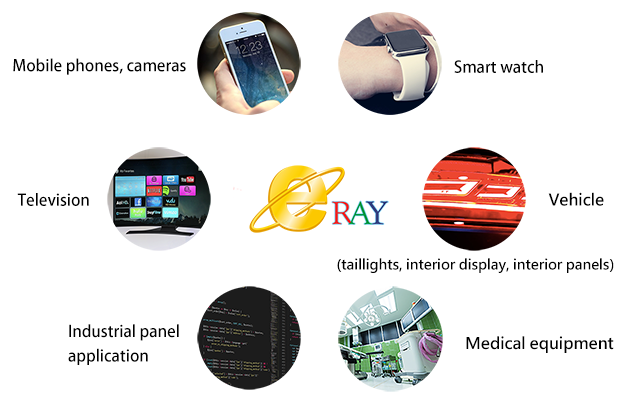